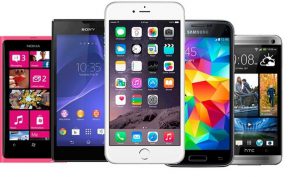 The FCC (The Federal Communications Commission, USA) has adopted new authorisation rules for radiofrequency devices, such as mobile phones or tv-receivers.

From now on it is not mandatory to use labels etched on the devices that were imported, marketed, or used within the United States. Instead, etched labels may be replaced by electronic labels, or e-labels that will appear on the device’s display. E-labeling is expected to reduce the costs. Moreover, this development is consistent with the objectives of the Enhance Labeling, Accessing, and Branding of Electronic Licenses Act of 2014 or the E-LABEL Act.

Concerning the import of radio frequency devices, the FCC has also developed a new rule: the requirement to submit an FCC Form 740 (unique import declaration for RF devices) has been eliminated. The requirement for filling out this form has been revoked.

The FCC has combined two separate self-approval procedures into a single procedure, called the Supplier’s Declaration of Conformity(SDoC). SDoC is aimed at reducing confusion and allowing manufacturers to place their products in a more effective wayon the market .

Lastly, the FCC released a First Report and Order (First R&O) which provided updates on specific measurement procedures and clarified certain standards necessary for demonstrating that equipment complies with the relevant rules. These new rules will allow the Commission to respond in a more precise and effective manner to developments in technology and international standards. Furthermore, these new rules will support the Commission in the development and speeding up the approval of new RF devices.

In conclusion, the abovementioned new FCC rules seem to provide an optimistic impression, reduce some burdens, and increase work efficiency.

Do you have more questions?

Our experts help you further